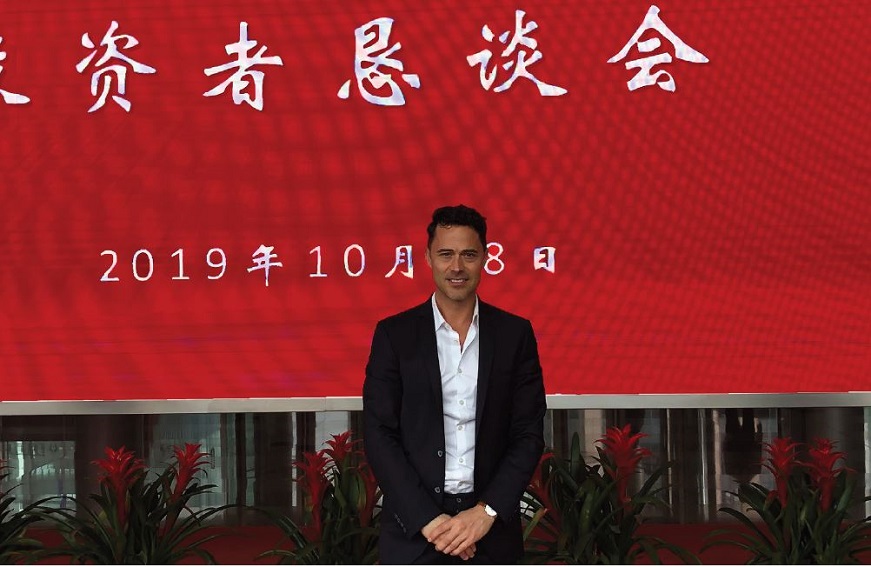 When I first travelled to China in 1993, the nation was about to embark on one of the greatest economic transformations in history. Intimations of rapid globalization were evident, with three billion new consumers, producers, and savers about to emerge from isolation. Today, China boasts the world’s second-largest economy and faces new challenges. Last time, I looked at China as it is now, from first-hand observation during a recent fact-finding trip. Its challenges economically and politically cannot be denied. But neither can its enormous potential, and commensurate opportunity for investors.

What’s the latest with the trade war? Will there be a deal finally?

“The trade war,” according to one Chinese economist we spoke with, “is the most over-studied macro issue today.” We agree. Tariffs are economically illiterate, prescribing bilateral remedies for more complex problems. Consider that America’s colossal trade deficit reflects imbalances with over 100 countries. In a world with globalized supply chains, slapping tariffs on China simply diverts trade to higher-cost foreign producers – the equivalent of a tax hike on U.S. consumers.

Tariffs are also blunt instruments. To be fair, economic policies never work in linear fashion. Unintended consequences are the rule rather than the exception. But targeting bilateral trade ignores underlying causality. Linkages among ballooning budget deficits, low savings rates, consumption bubbles, and the resulting trade imbalances receive almost no profile in these discussions.

Where to next? My colleague (and trusted globe-trotting travel partner), David Kletz, wrote an article in September 2019 entitled “Peak Trade Wars?” It was a prescient piece. An interim deal was announced on Oct. 11 (although admittedly a watered-down “phase one” accord). Trump clearly wants to bag a political win ahead of next year’s election and move on. That means macro risk from the U.S.-China trade conflict has ebbed dramatically.

But longer-term damage has been done. Trump has taken a wrecking ball to the U.S.-led post-war world order and America’s longstanding alliances (including immediate neighbors Canada and Mexico). The larger costs will ultimately accrue from the pivot of America’s trading partners. A Chinese government official we spoke to was clear here: “This is no longer a trade issue but a deep philosophical and sentiment issue.” He is right. There is now a longer and more strategic reorientation at play: Many countries have re-evaluated their view of the U.S. as a reliable place to do business.

From here, deeper integration among countries outside the U.S. will happen. They will begin to develop alternative systems to reduce their exposure to the U.S. This allows for the emergence and even acceleration of new leadership. That means more free trade zones without the U.S., more payments and settlements outside the U.S. banking system, and ultimately, other institutions for global governance without U.S. veto powers.

All the above means China must work hard to shore up its global image. Access to foreign markets is crucial for its continued economic ascent. The U.S. administration is correct that many Chinese practices require a fundamental overhaul. Promoting intellectual property rights, stopping forced technology transfers, and opening up the financial sector are all priorities.

A predictable and fair operating environment is key. Some progress has been made here. For example, Premier Li Keqiang has repeatedly required local governments to stop forced technology transfers in dealings with foreign investors. China recently allowed foreign financial institutions to establish wholly-owned banks and insurance companies in China. Restrictions on foreign institutional investors’ access to Chinese onshore financial markets have been substantially reduced. But more work needs to be done. The pressure is on Beijing to make it happen.

What about all the debt on China’s balance sheet?

It cannot be ignored that China has an eye-watering amount of total debt, reaching the vertiginous height of 259.4% of GDP by the first quarter of 2019 (according to the Bank for International Settlements). But the fundamental reason behind this credit surge is rooted in its high savings and banking-centric intermediation system.

Chinese households have long been the primary providers of savings in the economy, and their assets are far larger than liabilities. Thus, viewed from a balance sheet perspective, the net debt situation is much less dire than commonly perceived. Further, the bears ignore that most debt has been used for infrastructure buildup rather than funding consumption (imagine that in any Western country!).

Is China’s policy reflation enough? It doesn’t seem to be gaining widespread traction.

To date, trade wars have largely overshadowed the onset of China’s policy easing. Yet reflationary efforts – cuts in the reserve requirement, followed by personal tax cuts and easing credit policies over the past several months – are now showing up in the data. Business activity has stabilized. And underneath the soft top-line GDP figures, higher frequency data such as manufacturing PMIs, retail sales, and even electricity consumption, have recently accelerated. Yet it is too early to declare victory. A broad rebound similar to 2016 is not yet in the cards. Rather, the outlook is one of stabilization.

More reflation is now required. Evidence is surfacing that this will happen. One local portfolio manager we met with argued that monetary policy was well behind the curve in China. She then proceeded to show us more than 80 slides to prove her point (to be sure, a thoroughly enjoyable indulgence for chart junkies like this author).

We would add more context to the above: China still runs relatively traditional monetary policy. The list of countries doing so has dramatically shrunk since 2008. Advanced economies like the U.S. and the eurozone are well into a type of monetary dark age. In recent years, science and technology may have hurtled forward, but money and banking have stumbled backward. This is a long way from the golden age that former Fed Chair Greenspan presided over.

Investors should pause and reflect on the above points. As the developed world’s bond markets have been sucked into a black hole of negative interest rates, here is a country that has more policy levers than growth headwinds. This remains their ace in the hole. With ample room for further monetary easing, infrastructure spending, and other forms of fiscal stimulus, Chinese authorities are far less concerned about a sudden growth downturn than the common narrative would lead one to believe.

To be sure, challenges remain. Chinese policymakers will need to carefully manage the balance between cyclical growth and tackling longer-running structural issues. The deleveraging campaign that started in 2016 created a larger-than-expected slowdown (and, contrary to consensus views, was more important in reducing growth than trade wars). Current policy reflation is a direct response to the credit crunch caused by these initiatives.

But any policy flip-flops will create higher macroeconomic volatility and increase the risk of a policy mistake. If growth accelerates too much into 2020, Beijing could return to tightening just as quickly as reflation occurred. Our investment team will be monitoring these dynamics closely.

Should I be invested in China’s markets?

You wouldn’t know it, but China’s broad stock indices have soared in 2019, outpacing even the U.S.’s stratospheric lift. What gives? The collective sigh amongst China doomsters is almost audible. The common narrative is that it’s bound to be yet another episode of speculative activity lacking any observable fundamental drivers, and a deep correction awaits.

Actually, history would be on their side. A quick look back at China’s stock market history supplies excellent material for the thriller section of your local bookstore. The most recent boom-bust episode ending in mid-2015 saw a rapid 150% rise in the local index, only to be short-circuited by clumsy policy intervention (involving widespread stock suspensions and state-owned purchases). Hardly a comforting view.

Allow us to provide some context. Our last day in China included a visit to the Shanghai Stock Exchange to meet with their management team. Many points were made, but what is striking is the wide-ranging nature of their proposed reforms. No one is in denial that serious change is needed. They spent 90 minutes detailing a series of concrete measures to deepen capital markets and boost confidence in their domestic financial institutions.

Reform is swiftly underway. But the makeup of China’s stock market is also rapidly changing. Consider the IPO market in China. It is booming. The upshot is that the Chinese stock market will come to more closely resemble the underlying economy as a whole rather than being dominated by state-owned enterprises. MSCI’s steady increase in the weighting of Chinese A-shares in its flagship emerging markets index is icing on the cake.

Currently, equity valuations of both onshore and offshore Chinese stocks remain near the lower range of historical norms. Bank stocks are deep value plays. And, contrary to the feverish sentiment and high valuations reached in 2015, retail leverage, transaction volumes, and investor positioning all remain relatively muted.

Of course, markets are made at the margin. What catalysts could drive sustainable returns in the coming years? The Trump-Xi summit next month could lead to a breakthrough on the trade front. But we never bet money on the U.S. president getting up on the right side of the bed.

In the medium term, growth momentum should be triggered by policy easing. From there, the economy is likely to develop a virtuous cycle of improving business confidence, private sector investment, and ultimately, higher corporate profits. Policy reflation will evolve into a more sustainable earnings-driven theme. The China stock market is in a sweet spot right now.

Looking out further, the ascent of China as an independent economic center of gravity is a boon for investors. With diverging economic trajectories and monetary policies (especially from the United States, which in the post-war period has functioned as the de facto leader of world order and economic stability), macro trends in China are highly diversifying. Chinese assets reflect this, showing low correlation to rest-of-world stocks and bonds.

In recent years, however, there has been limited urgency to diversify geographically, especially for those overweight U.S. assets (read: almost everyone). But as China’s market opens and becomes more accessible – in part facilitated by the development of China-focused ETFs – these diversification benefits become more important.

Yet Chinese assets remain deeply underweight amongst global asset allocators. Investors should consider where the smart money is heading. Canada’s Pension Plan Investment Board (arguably Canada’s most well-resourced fund) plans to more than double the proportion of assets it allocates to China in the next seven years (from about 8% of its assets to 20% by 2025).

Tyler Mordy, CFA, is President and CIO for Forstrong Global Asset Management Inc., engaged in top-down strategy, investment policy, and securities selection. He specializes in global investment strategy and ETF trends. This article first appeared in Forstrong’s Global Thinking blog. Used with permission. You can reach Tyler by phone at Forstrong Global, toll-free 1-888-419-6715, or by email at tmordy@forstrong.com. Follow Tyler on Twitter at @TylerMordy and @ForstrongGlobal.