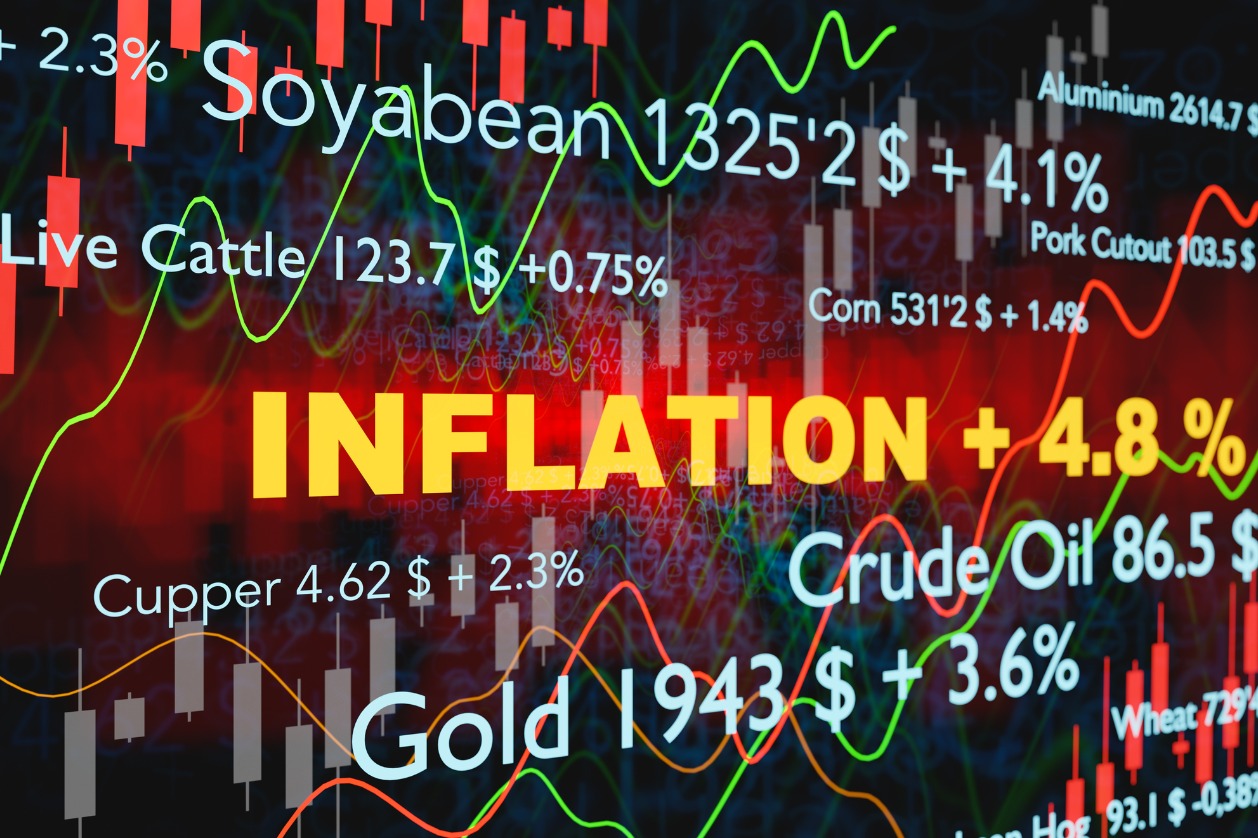 Not so ‘transitory’ after all

The Consumer Price Index (CPI) continues to increase across developed markets, with August CPI growth in the U.S. hitting 5.3% and 4.1% in Canada, both hovering around 10-year highs. In the European Union (EU), CPI reached 3.0% in August, with Germany’s inflation reaching 3.9%. The U.K.’s CPI rate rose to 3.2% in August from to 2% in July, the highest since March 2012.

So-called core inflation, which strips out food, energy and alcohol and tobacco, whose price tend to fluctuate much more widely than other components due to seasonal and supply issues, is lower at an annual 4.0% in the U.S. and 1.9% in the EU. Of course, there has always been skepticism about excluding items that are used on a daily basis by consumers and that are often the most visible to them, from any consideration of rising prices. In the inflationary era of the 1970s, when oil prices twice quadrupled and the flow-through of fuel costs led to sharply rising prices of many other items, economists argued that this was a temporary effect due to rising energy prices and policy should, if not ignore it, not be overly reactive to it.

However logical this argument may have been, inflation ended up at over 10% in North America and over 20% in the U.K. and some European economies, forcing central banks to raise interest rates to double-digit levels to conquer inflationary psychology. Paul Volcker, the Chairman of the U.S. Federal Reserve (the Fed) from 1979-87, was prepared to raise interest rates to over 15% to break inflationary expectations, causing a severe recession in 1980-82, and his success led to the last 40 years of falling inflation and interest rates. This has been a wonderful environment for investors in both bonds and equities in developed and emerging markets.

The present Chairman of the Fed, Jerome (Jay) Powell, believes that the present increase in CPI is “transitory,” and is due to specific factors arising from the disruptions caused by Covid-19. For example, one of the reasons for the large difference between U.S. and EU CPI growth is due to higher weight in the U.S. index for used automobiles, which makes up 3.5% of the U.S. basket as opposed to 1.1% of the European basket. Shortages of microchips have led to shortfalls in new car production, and U.S. consumers have bid up the price of used autos by an amazing 42% in the last year, while European consumers have deferred purchases. New automobile prices have also risen in the U.S., partially reflecting the growth in market share of more expensive electric cars.

The other major reason for the discrepancy between U.S. and European inflation rates is the treatment of the shelter component. In the U.S., the index calculates rent that homeowners would theoretically pay, the so-called Owners’ Equivalent Rent (OER), while in the EU, it only includes those who are actually renting, an anomaly which the European Central Bank (ECB) is seeking to rectify. As a result, although rentals have increased around 8% over the last year in both areas, shelter accounts for a massive 31% of the U.S. index as opposed to only 7.5% of the European one. These two components, used cars and shelter, account for almost 2% of the 5.3% growth in the U.S. CPI over the last year.

However, while the shortage of microchips will be addressed, and auto supplies will return to normality over the next year or so, the factors driving shelter costs higher seem much more likely to remain in place for the foreseeable future, as shortage of new houses and rising costs of materials and labour continue to drive prices higher. As economies reopen after Covid-related lockdowns, prices for hotels, airfares, transportation, and restaurants and catering, all of which have contributed to high rate of increase in CPI in the last year, seem likely to continue rising as shortages of labour, equipment, capacity, and sites closing down continue.

Lastly, the reopening of economies around the world means that demand for energy and materials is rebounding from very low levels. Very little investment has been made in these sectors as concern over climate change and the growth of environmental, social and governance (ESG) investment screens has meant that virtually no new major oilfields or mines have come on line in the last few years. Given that electric vehicles require between three and four times as much copper as gasoline-powered cars, and larger amounts of other metals such as nickel, zinc, cobalt, and lithium for batteries, the lack of investment in supply and growth in demand implies prices of such metals will need to rise substantially.

Similarly, gasoline powered vehicles and planes will remain the vast majority of those on the road or in the skies for the next decade at least. With natural gas the least CO2-emitting form of fossil fuel, and many utilities switching from coal powered plants to gas fired, the outlook for gas is positive. Crude oil, too, has been gaining, as travel resumes and demand recovers With West Texas Intermediate (WTI) crude oil reaching US$82 per barrel, levels not seen since October 2014, energy stocks have been performing very strongly. In addition, energy remains a major component of the CPI, which has also contributed to its strong rise.

Investors should be aware that while central bankers are confidently proclaiming that the decade-high levels of the CPI indexes are transitory due to Covid-related factors, the fact is that they have no better ability to discern the future course of inflation than anyone else, and their track record in forecasting, does not inspire confidence. Higher inflation, all else being equal, means lower valuations for financial assets, both bonds and equities, and also leads to labour conflict and social pressures as inflation affects different groups in different ways.

Bearing in mind that investors should always consult their financial advisor before making decision, holding exposure to assets that benefit from inflation such as energy and materials, or hedges such as precious metals and inflation-protected government bonds, is a sensible strategy.

The commentaries contained herein are provided as a general source of information based on information available as of Oct. 19, 2021, and should not be considered as investment advice or an offer or solicitations to buy and/or sell securities. Every effort has been made to ensure accuracy in these commentaries at the time of publication, however, accuracy cannot be guaranteed. Investors are expected to obtain professional investment advice.