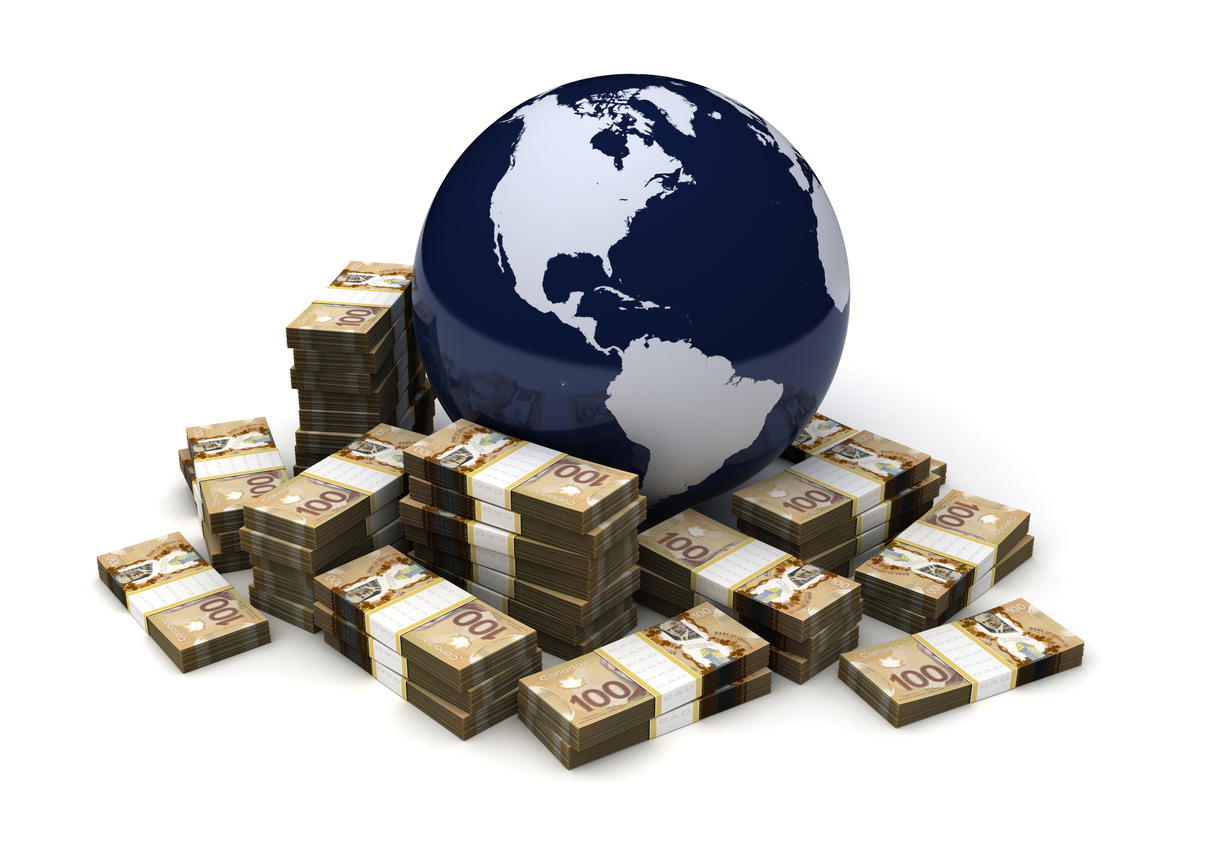 This year is already more than half gone, and it’s one for the history books. But what lies ahead? We’ve been running this series in an attempt to answer that question. In Part 2, we considered the potential effects of a second wave of the COVID-19 pandemic, and tried our hand at drawing the shape of the recovery. This time we grapple with the elephant of central bank stimulus and what happens if it becomes less stimulating. And we’ll venture an opinion or two on our macro outlook.

Question 4: Isn’t policy stimulus just sustenance for the economy? What happens when it runs out?

Crises always create space for radical policy to emerge. The COVID-19 pandemic has been no different. Daily life has been turned upside down, but so have orthodox economic ideas. Amidst a global health crisis, everything arrived fast and furiously. All of the policy apparatus that took 18 months to deliver during 2008’s global financial crisis, only took three weeks to arrive this time.

The size and scale of stimulus this time is hard to fathom. G-20 central banks have collectively delivered 45 rate cuts this year (a total of 3,780 basis points). The Fed’s balance sheet has increased by $3 trillion. Numerous other central banks, including those from emerging markets, have made their first forays into quantitative easing (the Bank of Indonesia is now engaging in direct monetary financing of the government’s fiscal deficit).

Let’s put it another way. If the former U.S. Federal Reserve Board Governor Ben Bernanke and former European Central Bank President Mario Draghi showed up to the last crisis with squirt guns, current Fed Governor Jay Powell and ECB President Christine Lagarde now wield fire hoses with unlimited liquidity. They are permanently on call. And even though they are trying to aim directly at the economy, the entire environment is getting soaked. Guess what is now most drenched? Risk assets all around the world. Expect this to continue.

But the most important policy thrust has occurred on the fiscal side. It took a global pandemic, but government spending largesse, at long last, has been decisively released. This is a huge shift. And it comes with a commingling of monetary and fiscal policy. For instance, MMT (Modern Monetary Theory, UBI (Universal Basic Income), etc. are acronyms entering public discourse, and fiscal policy and will be the subject of future Ask Forstrong editions).

It was not an easy path to get here. The global financial crisis (GFC) of 2008 ushered in a long era of stubborn prudence. Deleveraging, austerity, and balanced budgets were in vogue. Governments flatly refused to engage the fiscal lever in a meaningful way. As such, central bankers were forced to carry the entire policy burden (grumbling the entire way and becoming the world’s lead fiscal evangelists).

The coronavirus pandemic changed all that. Even Germany – long stuck in an ideological logjam – has abruptly broken free. More fiscal stimulus was announced in April than during the entire 2008-09 global financial crisis. And, if history is any guide, many of these temporary policies will become permanent. Once turned on, fiscal taps cannot be shut off easily. (For more on this subject, see “Fiscal stimulus prepares ground for recovery.”)

The key lesson from history is that when policy turns, especially during a crisis, it turns in a big way. This was the experience during the last two booms. China’s capital spending boom, beginning in the early 2000s, and the post-GFC policy surge both led to cyclical upswings and concurrent bull markets that lasted years.

Looking ahead, we should not underestimate the power of a decisive shift in global policy. Many may protest policies that can lead to currency debasement or simply steal growth from the future. Those are worries for another time. Historically, risk assets were always in a sweet spot when policy stimulus was ramping up in a weak but recovering economy, with low inflation and high unemployment. There’s no reason to think this time will be different. The big surprise will be that fiscal packages launched so far are not only enough to stabilize the economy but will over-compensate for the loss in output. 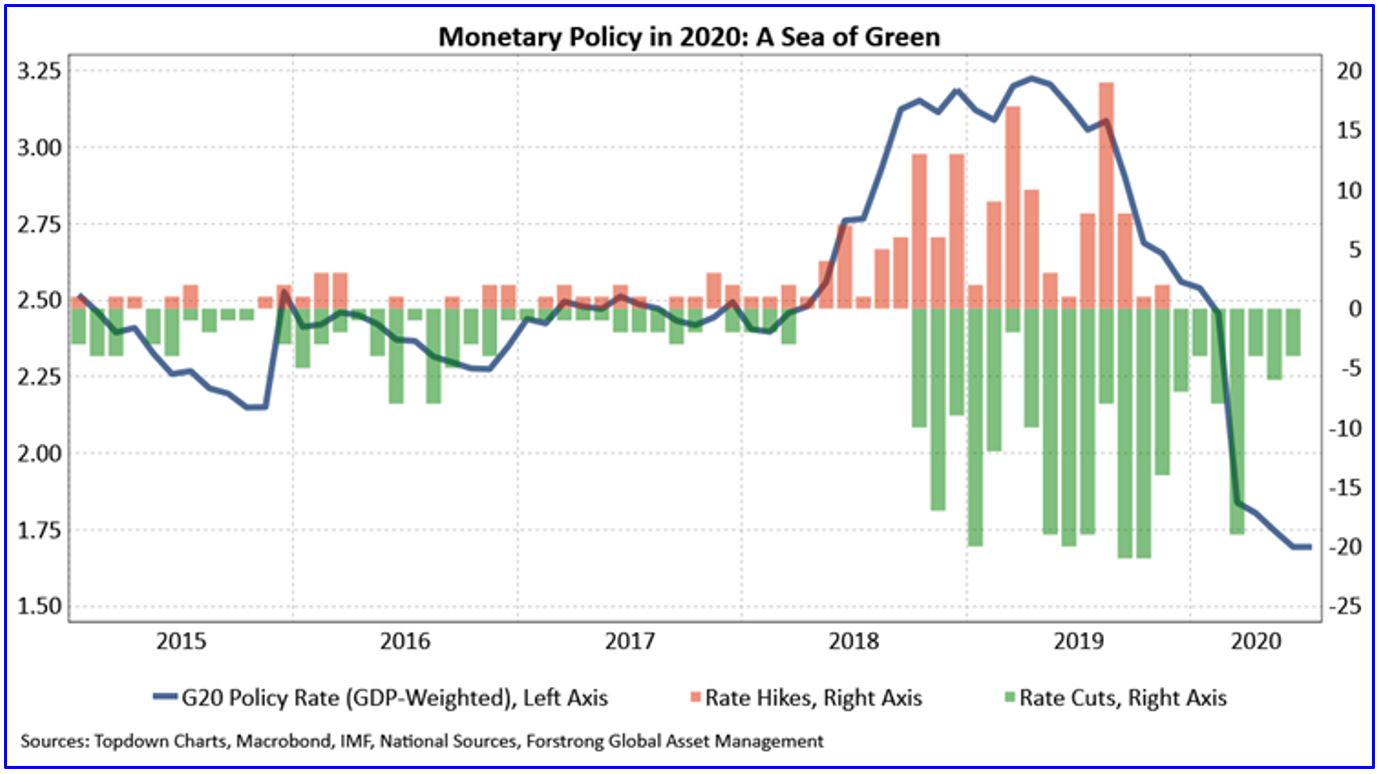 Question 5: Have your longer-term macro views (i.e., “Super Trends”) changed as a result of the pandemic?

On the surface, coronavirus has accelerated many of our Super Trends. The future has been brought forward. For example, inflation is likely to arrive sooner in this decade than we had forecast earlier this year. Digital flows are also surging further, while industrial circulation is hastening its retreat to regional economic ecosystems – what we have called Globalization 2.0. (See the entire list of Super Trends from our January 2020 Report, Around The World In Eighty Minutes).

But the most interesting macro question is whether this crisis produces meaningful reform in a demand-deficient world. These changes, not the short-term macroeconomic impact, will be the pandemic’s lasting legacy, diverting structural trendlines in the years ahead. To further explore this topic, we must acknowledge that COVID-19 has simultaneously exposed the strengths and weaknesses of the three major hubs of economic production: the U.S., Eurozone, and Asia. Understanding this tri-polar world, and how these blocs are stitched together in our sprawling, global economic ecosystem, is becoming increasingly crucial to get right.

U.S. outlook. In the case of America’s outlook, the stakes are high. This is a country still struggling to contain outbreaks (now accounting for a quarter of the world’s recorded coronavirus deaths) and still yet to articulate a unified approach to combat the virus (agreed upon by both state and federal leaders). This stands in stark contrast to past decades. The U.S.’s institutions and economic policy have long provided crucial stability for the world. The Fed and the Treasury have exerted a massive influence on the global financial system, especially during crises. During the last crisis in 2008, U.S. monetary policy became a leading indicator of what other central banks would do. We all wanted to be like America. The question now is how those institutions and influence stand in relation to a profoundly divided society and political system. A fractured America cannot lead.

Eurozone outlook. For the Eurozone, many investors have long been skeptical of the region’s social model. Yet, as the Eurozone emerges in much better shape than the U.S., its strong public health systems suddenly seem appealing. Still, the basic weakness of the region is an architectural flaw: a monetary union that lacks a shared fiscal capacity. Here there is much hope for a policy breakthrough. The crisis has again revealed that a fiscal union is necessary to offset macroeconomic shocks in individual nations and thus prevent contagion from spreading to the broader region. What’s more, policy cohesion can work to generate more inclusive and balanced growth for each member country. Italians know this. The French seem to know this. And now the Germans, at long last, have admitted this (and may be also recognizing that their export-led growth boom of the last 15 years may not be repeated without reform).

In that vein, a new Franco-German initiative has proposed an EU-jointly funded €750 billion recovery fund (which will require a larger EU budget for the first time since 1988). This puts the EU on a path towards a fiscal union. The policy signal is unambiguous: the Eurozone is on a steady path to integration and a more growth-oriented fiscal policy (buh-bye austerity!). This big turn in EU policy means it should compete better with the U.S. as a destination for capital and lead to a structural re-rating of Eurozone stocks, which have chronically traded at a steep discount to America. (For a more comprehensive view on this, see my colleague David Kletz’s recent piece “Make or Break Moment for Europe.”)

Asia outlook. Lastly, let’s deal with Asia. More strengths than weaknesses have been revealed recently. Pandemic responses in most Asian countries (notably South Korea) have been well-ordered and rational. What’s more important for capital markets, however, is that monetary and fiscal policy fire hoses were not needed. In the February to May period, the US’s combined monetary and fiscal response amounted to an eye-watering 44.4% of GDP. By comparison, China’s was just 14.7%. Similar levels were witnessed across Asia. That leaves further policy flexibility in the region to fight future downturns.

Financial markets have taken note. This is the first crisis where Asian stock markets have outperformed their developed peers with less volatility. Looking ahead, Asian countries like China, South Korea, and Taiwan tick many of the boxes for regions that will attract capital. This list includes those that (1) have managed the health crisis well, (2) benefit from low oil prices, (3) have decently healthy banking systems, (4) have large domestic markets with rising consumption, and (5) have plenty of policy room.

Next time: Portfolio risks and the impending U.S. presidential election.

Tyler Mordy, CFA, is President and CIO for Forstrong Global Asset Management Inc., engaged in top-down strategy, investment policy, and securities selection. He specializes in global investment strategy and ETF trends. This article first appeared in Forstrong’s March 26 issue of “Ask Forstrong,” available on Forstrong’s Global Thinking blog. Used with permission. You can reach Tyler by phone at Forstrong Global, toll-free 1-888-419-6715, or by email at tmordy@forstrong.com. Follow Tyler on Twitter at @TylerMordy and @ForstrongGlobal.