Twilight of the FAANGs? 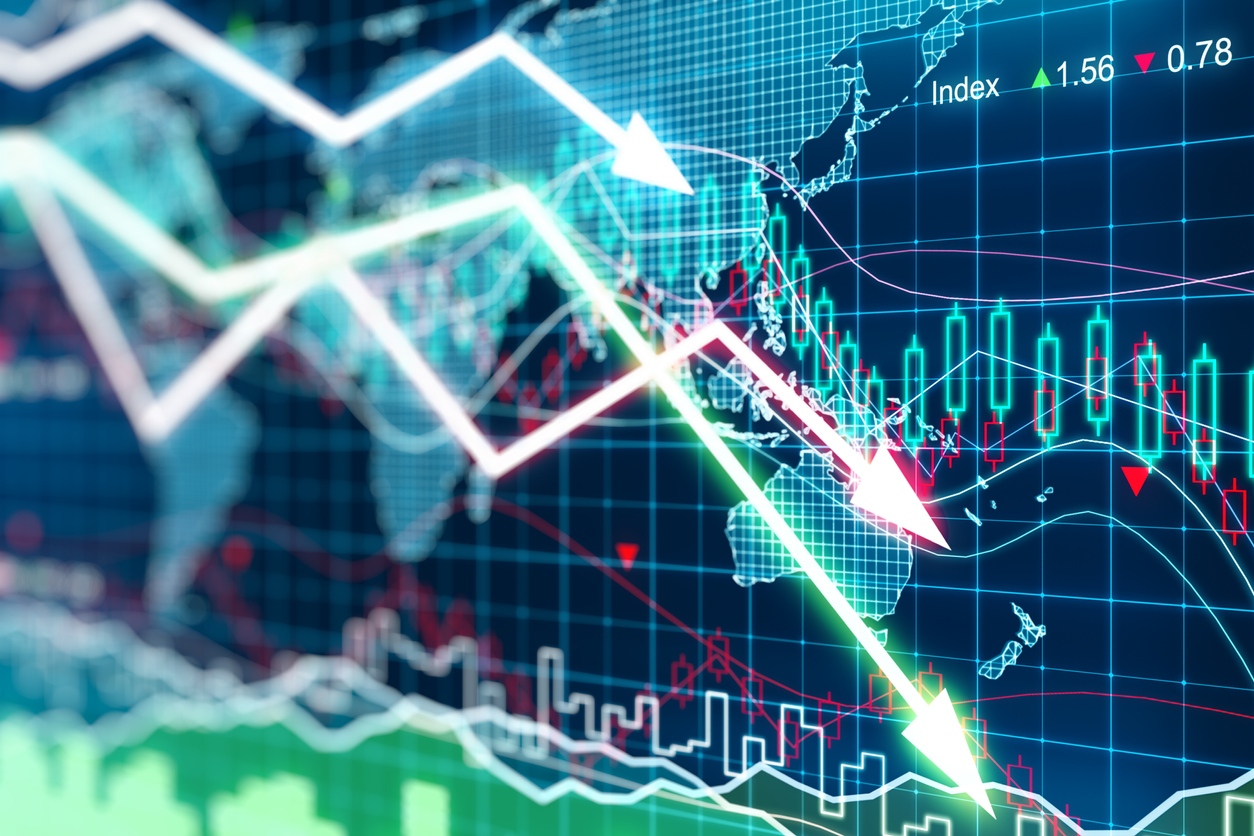 The growth in the market capitalization of stock market leaders over the last five years has been based on their ability to deliver growth in what has been perceived as a low-growth world. When the gross domestic product (GDP) of major developed economies has been struggling to exceed 2% annuallly and even the formerly fast-growing Chinese economy is averaging only 5% growth on official figures, companies whose revenues are growing at 15%-30% annually are understandably attractive.

The most highly rated and largest companies have been the so-called FAANG+ stocks (Facebook, Amazon.com, Apple, Netflix, Google parent Alphabet, plus Microsoft). These are enormous companies whose superior technology and software has created massive wealth for their shareholders while gaining market share from old-economy companies. To this list add Chinese e-commerce giants Alibaba and Tencent, electric automaker Tesla, and software and e-commerce platforms Twitter, Saleforce.com, and Shopify.

Alibaba’s sales are up 598% and Tencent’s 322%, while Salesforce’s revenues have increased 219%, Shopify’s 70%, and Twitter’s 67%. Even Microsoft’s 52% five-year revenue growth (8.9% annually) is impressive considering its large sales base at the beginning of the period.

The one laggard is Apple, whose 17% revenue growth in the period (only 3.3% annually) is, frankly, surprising and somewhat disappointing. This reflects Apple’s position as not merely a software company, but as a hardware maker too, as delays in the next generation of iPhones and the disruption to production caused by Covid-19 and chip shortages have dampened sales growth.

Still, Apple’s share price is the best performer among the FAANG+ stocks bar the much smaller Netflix, and is up over 400% compared with 387% for Microsoft, 346% for Amazon, 241% for Google, and 183% for Facebook. Salesforce, now part of the venerable Dow Jones Industrial Average, is up 190%, web-designer Shopify is ahead a remarkable 3,934%, and Twitter has gained 320%.

Other companies, whose revenue growth is comparable, have been much less impressive performers in share price, even when, as in the case of pharmaceutical stocks or entertainment companies, their business models (based on very high margin intellectual property) are similar. Drug and medical-testing companies Bristol Myers, Abbvie, and Abbott Labs have grown their revenues 156%, 100%, and 70% respectively over the last five years. But while Abbott and Abbvie shares are up 184% and 84%, Bristol Myers is actually down 10%. Eli Lilly, Merck, GlaxoSmithKline, Johnson & Johnson, and Amgen have all grown their revenues as fast or faster than Apple (ranging from 17.5% to 22% growth over five years), but with the exception of Lilly (up 173%), share prices are ahead between 30% and 50%, except Glaxo, which off 5%.

Entertainment giants Comcast and Walt Disney have grown revenues 39% and 24% respectively over the last five years, and their stocks reflect that, up over 80% each, although ViacomCBS, with 82% revenue growth, is off 20%, mostly due to its growth being inflated by takeovers. But even Comcast and Disney’s share price increases are still well behind the FAANG+ companies.

Beneficiaries of the e-commerce boom

Meanwhile beneficiaries of the boom in e-commerce and the working-from-home phenomenon, such as credit card issuers Mastercard and Visa, or freight companies UPS and FedEx, have seen revenues grow 58% each for the card companies and 46% each for the shippers over the same period, with their share prices up 284%, 187%, 102%, and 87% respectively.

Lastly the retailers who have been able to hold their own against the tech giants, such as Home Depot, Costco, and Target, and even food retailers like Kroger and Walmart (the second-largest e-commerce company after Amazon.com), have managed to grow revenues between 50% and 16% over the last five years, faster than Apple. All except Kroger (up a mere 4%) have seen stock prices rise between 100% and 240%.

There seems to be little consistency in how the market has valued revenue growth, with many companies delivering excellent top line numbers yet not seeing it reflected in their share prices. The S&P 500 Composite Index has doubled in the last five years, while the Nasdaq Composite Index has almost tripled, yet many companies with the highest revenue growth have lagged the indexes. In some cases, such as Viacom and AT&T in entertainment and Bristol Myers or Glaxo in pharmaceuticals, it may be due to disappointing acquisitions or the expiry of major drug patents. Nevertheless, the disparity in performance between the technology giants and the other sectors appears too large.

The question is whether the disparity in share-price performance between the FAANG+ stocks and similar stocks like Tesla and the Chinese e-commerce plays and those companies that have also delivered strong growth in revenues is justified. Because they have performed so strongly, the technology giants are now of enormous size, with Apple capitalized at over US$2.1 trillion, Microsoft at US$1.85 trillion, and Amazon.com and Alphabet $1.68 trillion each, while Facebook is worth $940 billion.

Continuing to grow at the same rate once you have reached such a size becomes increasingly difficult, which is why small-capitalization stocks have historically outperformed, as it’s much easier to grow quickly from a low base. At the peak of the last tech bubble in 2000, if the then high-flying Cisco Systems had kept growing at the same rate 10-year growth rate, it would have been worth more than the entire GDP of the U.S. in 2010!

Secondly, the pace of the FAANG+ growth is already slowing. Apple, for example, is now seeing revenue and earnings growth in the low single digits. Google and Microsoft have seen earnings growth between 20% and 30% compounded over the last five years. But even with companies whose earnings growth is higher, such as Amazon and Facebook’s 50% earnings growth, it’s difficult to see how conditions can become any more favourable for these tach giants. With short term-interest rates between 0% and 2.5% over the period, reduced U.S. corporate taxation, and no real challenge from government anti-trust initiatives, they have enjoyed a perfect environment for growth.

Now, taxation is set to rise, with the G-7 recently agreeing in principle a minimum 15% rate of corporation tax with the aim of blocking the shuffling profits into lower-tax jurisdictions. Various anti-trust or anti-competition actions have been set in motion by the U.S., U.K. and E.U. to force the companies to take responsibility for the content they distribute or to sell off subsidiaries, as they are seen to be reducing competition.

While the U.S. Federal Reserve has stated it won’t raise short-term interest rates until 2023, the Bank of Canada and Bank of England have already begun to reduce their quantitative easing (QE) programs (that is, purchases of bonds, and the Fed is beginning to discuss doing so too, which would lead to a tightening of monetary conditions.

One other factor to be considered is that the FAANG+’s, associated stocks, and their Chinese counterparts provide almost no income. Only Apple and Microsoft pay dividends, and their share price performance means their yield is below 1%. In an effectively zero interest rate environment, growth is given a very high valuation, as the cost of capital is nil. Once the price of capital begins to rise, as has occurred at the long end of the bond market in the last year, with the benchmark U.S. 10 year Treasury bond yield more than doubling to 1.5% from 0.65%, theoretically, the valuation attributed to future earnings unsupported by dividend income should fall. Yet Alphabet and Twitter are up 80% in the last year, Shopify, Apple and Facebook are up around 50%, and Salesforce.com and Microsoft almost 40%.

Pharmaceutical and entertainment companies with comparable growth in revenues and earnings have risen much less and also provide sustainable yields, which are in most cases higher than that available from the “risk-free” government bond. Pharma giants Bristol Myers, Eli Lilly, Abbott Labs and Abbvie, Merck, and AstraZeneca all yield between 1.7% and 3.5%, while slower-growth drug companies like Johnson and Johnson, Pfizer, Amgen, and Glaxo yield 3% or more. Comcast and ViacomCBS yield 1.7% and 2.2% respectively, and AT&T, which is spinning off its Discovery content arm, yields over 7%, although it will be sharply reducing its dividend once the deal closes. Retailers such as Home Depot, Costco, Target, and Kroger yield 0.8% to 2.1%.

Investors looking to gain exposure to rapidly growing companies that have not risen as much as the more popular giant technology stocks and that in some cases provide competitive and sustainable yields too would be well advised to consider diversifying some of their U.S. exposure out of technology into other sectors, such as pharmaceuticals, entertainment and media and  retailing. Companies in these sectors, while still growing rapidly if not as fast as the FAANG+s, deliver decent growth with the added benefit of income to moderate the volatility, which has been characteristic of the markets in the last 18 months.

The commentaries contained herein are provided as a general source of information based on information available as of June 10, 2021, and should not be considered as investment advice or an offer or solicitations to buy and/or sell securities. Every effort has been made to ensure accuracy in these commentaries at the time of publication, however, accuracy cannot be guaranteed. Investors are expected to obtain professional investment advice.