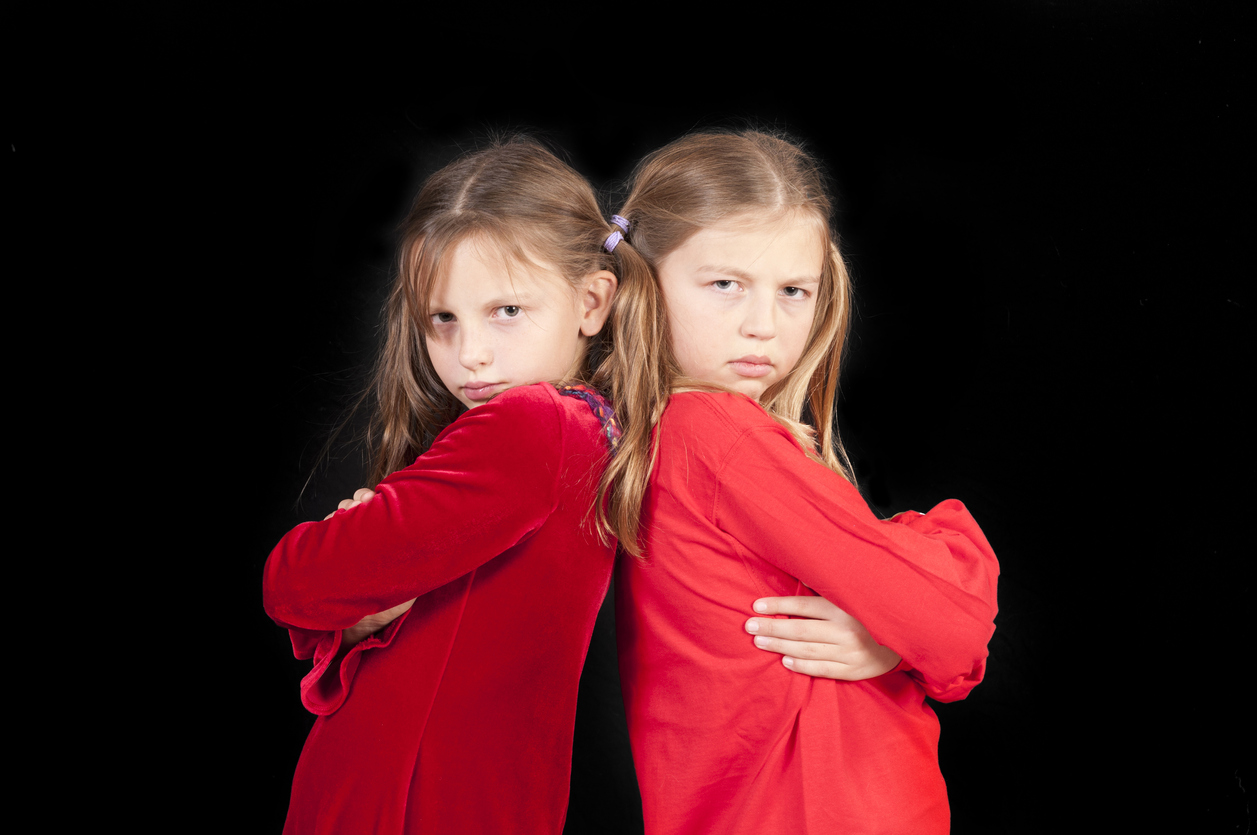 Political strategists, pundits, and your barstool mates probably agree on one thing – the 2022 U.S. midterm elections were the most consequential in living memory. The 2022 polls confronted voters with “the future of democracy,” abortion access, generational highs in inflation, falling real incomes, rising crime rates, an epidemic of mass shootings, and degrees of lying and misinformation unparalleled in postwar U.S. history. All of that took place in the echo chambers of social media and what passes for “news” on cable television that amplified partisanship and quashed reasoned discussion in ways never before seen in U.S. history. Given all of this, one of the biggest surprises is a small shift in the House of Representatives’ majority for the Republicans, rather than a clear mandate from the voters.

As for markets, we will probably hear much analysis along the lines of what typically happens now that gridlock is arriving in Washington. But that sort of analysis is generally flawed because the average contains so much variability between different elections that inference is dubious at best.

In what follows, we explore why the midterms should – and should not – matter to investors. In subtle ways, the midterms matter. Our job, therefore, is to discard hyperbole and exaggeration, and focus on the stuff that is typically overlooked, but probably matters most, for investors.

It is important to begin with a note of skepticism. Much of what passes for analysis of the elections and market outcomes is little more than naïve pattern recognition. Highlighting how markets “typically” perform before and after elections suggests that what happens in Washington matters more for stock or bond performance than fundamentals such as growth, inflation, interest rates, profits and valuations. True, changes in the balance of political power in Washington can have impacts on those fundamentals, but big shifts in taxation, spending or regulation are the exception, not the norm, of election outcomes. Ascribing broad market performance to a single variable (the outcome of elections) discards too much useful information about what drives asset returns. Accordingly, historic pattern recognition is of limited use. We won’t do it because it obscures more than it reveals.

Instead, it is appropriate to focus on what divided government – that is what voters probably delivered on November 8 – means for the macroeconomic and industry fundamentals that matter for financial market returns.

Let’s start with macroeconomics. Divided government in Washington removes the fiscal lever – taxes and spending – from the policy toolkit. In the near term, that might be a good thing. After all, the last thing an overheated U.S. economy needs is big increases in government spending or large tax cuts. And since Washington rarely delivers fiscal restraint, removing Washington from macroeconomic demand management is appealing to many observers. Also, with big changes in taxes or spending unlikely before 2025, investors can focus their attention elsewhere.

As noted, that sounds like a good thing. Unless, of course, the economy slams into a brick wall or the financial sector undergoes one of its periodic fits. In that case, partisan divisions could mean that avoidable crises are not avoided. Look no further than the 2008 political impasse that delayed the passage of bank bailouts (Troubled Asset Relief Program or TARP) for what happens when financial stress confronts political obstinacy. Investors who welcome gridlock today may rue it in the future.

Gridlock also means that not only is the Fed alone tasked with reducing inflation today, but it will be the only institution trying to engineer a recovery once inflation has been slayed. That is troubling because if we have learned one thing in recent decades, it is that it takes a lot of monetary easing to restore the economy to full employment. Here, too, myopic observers who welcome roadblocks to fiscal policy today may be thinking differently by 2024 if the economy is then stuck in a rut.

In short, we won’t be surprised if many market pundits embrace gridlock as a positive today but ignore what that might mean down the road.

The final macroeconomic consideration is the debt ceiling. Twice in our lifetimes – the late 1990s and after 2010 – Democratic presidents faced off against Republican majorities in the House of Representatives. And twice the impasse resulted in political gamesmanship when it came to raising the debt ceiling (i.e., granting the government authorization to increase Treasury issuance to meet its obligations). In 2011, concerns the U.S. might suffer a technical default on its debt resulted in major credit rating agencies downgrading Treasury debt from its coveted ‘triple-A’ status. In 2011 a technical default was barely avoided, and markets were roiled.

Could it happen again? Some political commentators think not, given the voter backlash against Republicans in those earlier episodes. But the fact that the 2011 shutdown and near-default occurred a mere dozen years after similar tactics cost Republicans dearly at the polls ought to make one wonder if they will pay heed to history.

What is the impact on capital markets?

In terms of investment opportunity and risk, much depends on the asset class. Removing the risk of unhelpful fiscal stimulus and further inflation pressures helps, at the margin, long-duration U.S. Treasuries such as the 10- and 30-year bond. High volatility of stocks and bonds, driven by inflation and Fed uncertainty, could decline. In contrast, with little ability of the federal government to offset the recessionary impacts of Fed tightening, credit spreads may now have to factor in larger risks of extreme outcomes (“tail risks”).

Within equities, divided government ought to create winners and losers. Sectors that might have faced greater regulatory or legislative obstacles, such as “dirty energy” (oil, coal, and even natural gas) or pharmaceuticals under Democratic majorities in Washington, will likely enjoy a reprieve. On the other hand, sectors that might have benefited, such as renewable energy or infrastructure, could be seen less favorably. That said, legislation already passed – such as this year’s Inflation Reduction Act – will not be reversed, as Republicans fall far short of the two-thirds majority required in the U.S. Senate to override a presidential veto.

Lastly, if investors interpret the split government as a headwind in the face of a possible impending recession, this may nudge them toward U.S. Treasury bonds as a safer haven. The election may help certain equity sectors, but over time the fault lines of divided government are larger than the benefits.

It is easy for investors to overstate the importance of elections and politics more generally. In our opinion, the bigger mistake today is to exaggerate the short-run benefits of gridlock and to underestimate the longer-run risks.

What are the risks? All investments involve risks, including the possible loss of principal. The value of investments can go down as well as up, and investors may not get back the full amount invested. Investing in the natural resources sector involves special risks, including increased susceptibility to adverse economic and regulatory developments affecting the sector. Special risks are associated with investing in foreign securities, including risks associated with political and economic developments, trading practices, availability of information, limited markets and currency exchange rate fluctuations and policies. Investments in foreign securities involve special risks including currency fluctuations, economic instability and political developments. Investments in emerging markets, of which frontier markets are a subset, involve heightened risks related to the same factors, in addition to those associated with these markets’ smaller size, lesser liquidity and lack of established legal, political, business and social frameworks to support securities markets. Because these frameworks are typically even less developed in frontier markets, as well as various factors including the increased potential for extreme price volatility, illiquidity, trade barriers and exchange controls, the risks associated with emerging markets are magnified in frontier markets. To the extent a strategy focuses on particular countries, regions, industries, sectors or types of investment from time to time, it may be subject to greater risks of adverse developments in such areas of focus than a strategy that invests in a wider variety of countries, regions, industries, sectors or investments.

Important legal information. This material is intended to be of general interest only and should not be construed as individual investment advice or a recommendation or solicitation to buy, sell or hold any security or to adopt any investment strategy. It does not constitute legal or tax advice.

The views expressed are those of the investment manager and the comments, opinions and analyses are rendered as at publication date and may change without notice. The information provided in this material is not intended as a complete analysis of every material fact regarding any country, region or market.

Data from third party sources may have been used in the preparation of this material and Franklin Templeton Investments (“FTI”) has not independently verified, validated or audited such data. FTI accepts no liability whatsoever for any loss arising from use of this information and reliance upon the comments opinions and analyses in the material is at the sole discretion of the user.

Products, services and information may not be available in all jurisdictions and are offered outside the U.S. by other FTI affiliates and/or their distributors as local laws and regulation permits. Please consult your own professional adviser or Franklin Templeton institutional contact for further information on availability of products and services in your jurisdiction.