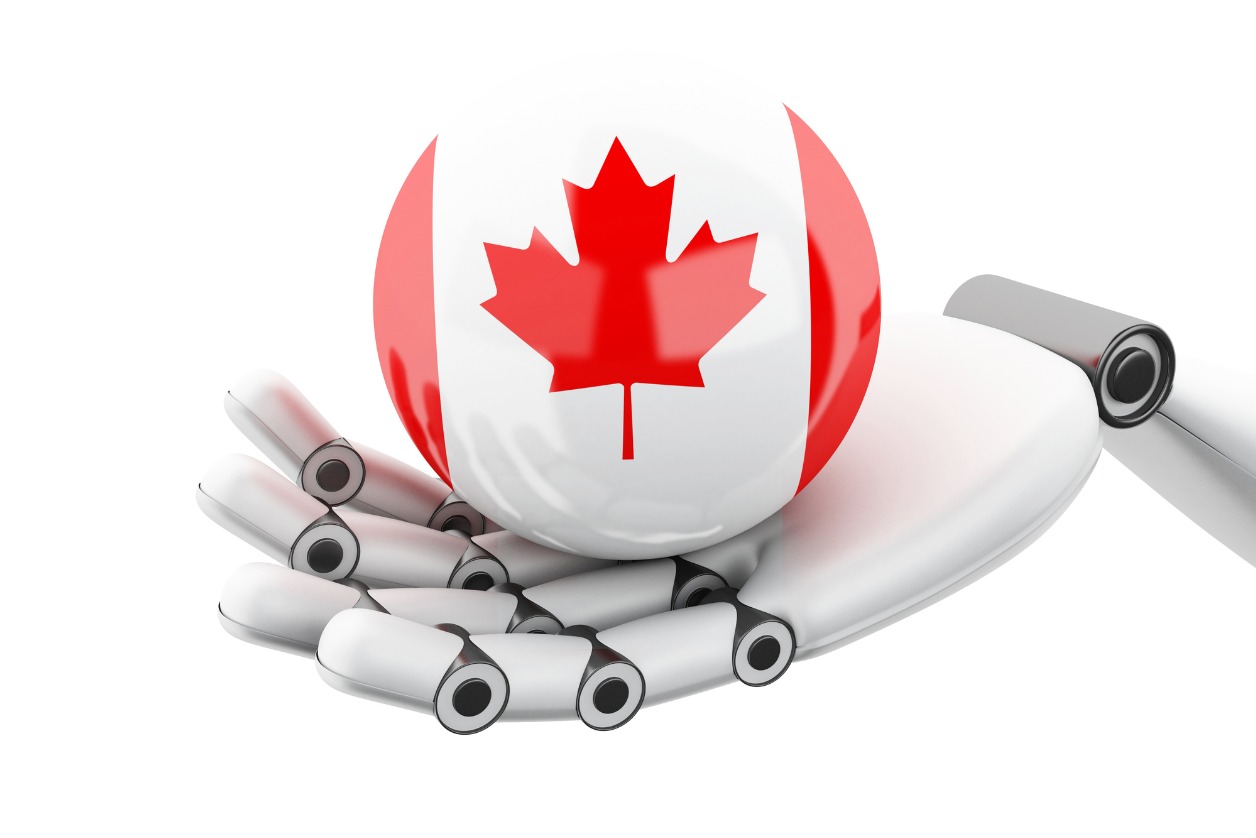 Three key trends to watch for cues to investment strategy

The macroeconomic environment will differ markedly from the post-2008 crisis period thanks to the unprecedented cooperation between fiscal and monetary authorities. We see no political appetite for fiscal austerity, even as debt ratios hit historic highs globally, and expect central banks to curb nominal yield rises to prevent an unwanted tightening of financial conditions.

The new nominal is not simply about our expectation for a higher inflation regime in the next five years. It means stronger growth in the near term, and eventually higher inflation – without the typical rise in nominal bond yields. As a result, we see very different financial market implications than in the past. Previous episodes of rising inflation were costly for investors, leading to higher interest rates that pressured valuations across asset classes. This time around, we see risk assets supported by falling real rates.

The Bank of Canada (BoC) will renew its monetary policy agreement with the government next year at a time when the bank is underwriting a large share of the country’s growing debt burden (see the chart below). While it might be too bold a step for the BoC to follow the Federal Reserve’s average inflation targeting approach, any changes to its framework would likely allow for a delayed and slower reaction function than has existed until now given consistent inflation undershoots.

The federal minority Liberal government’s deficit-financed budget priorities, if enacted, would further reinforce the activity restart. But the BoC would likely sustain its accommodative policy stance in the face of narrowing output gaps to avoid an early tightening of financial conditions through unwanted, upward pressure on bond yields or appreciation of the Canadian dollar. 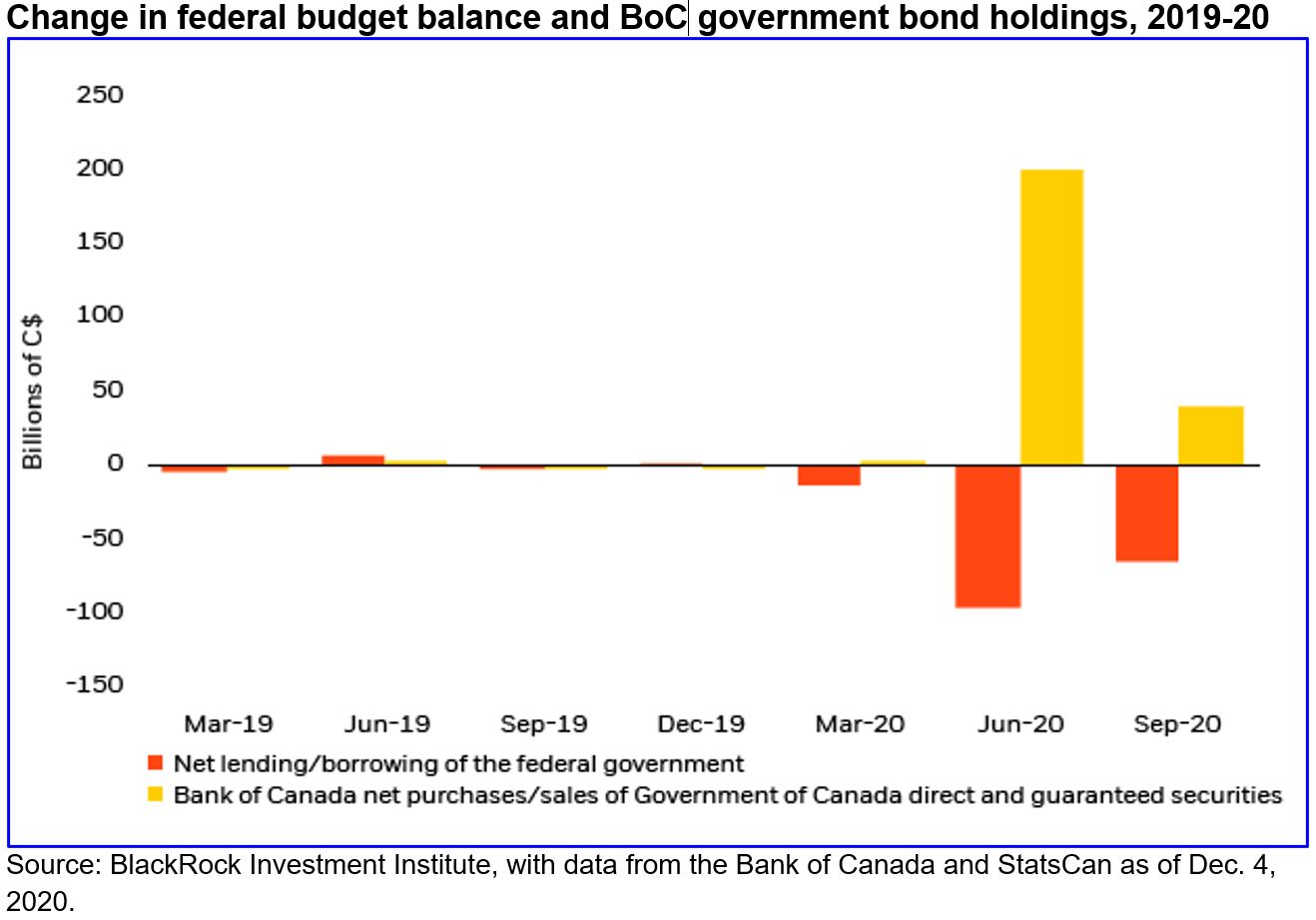 We prefer allocations to real return bonds, at the expense of nominals, and selected U.S. high yield bonds and emerging market fixed income, given still generationally low nominal bond yields and the potential for higher inflation over the next several years. We anticipate a stable to slightly stronger Canadian dollar next year barring an unexpected rise in global oil prices. 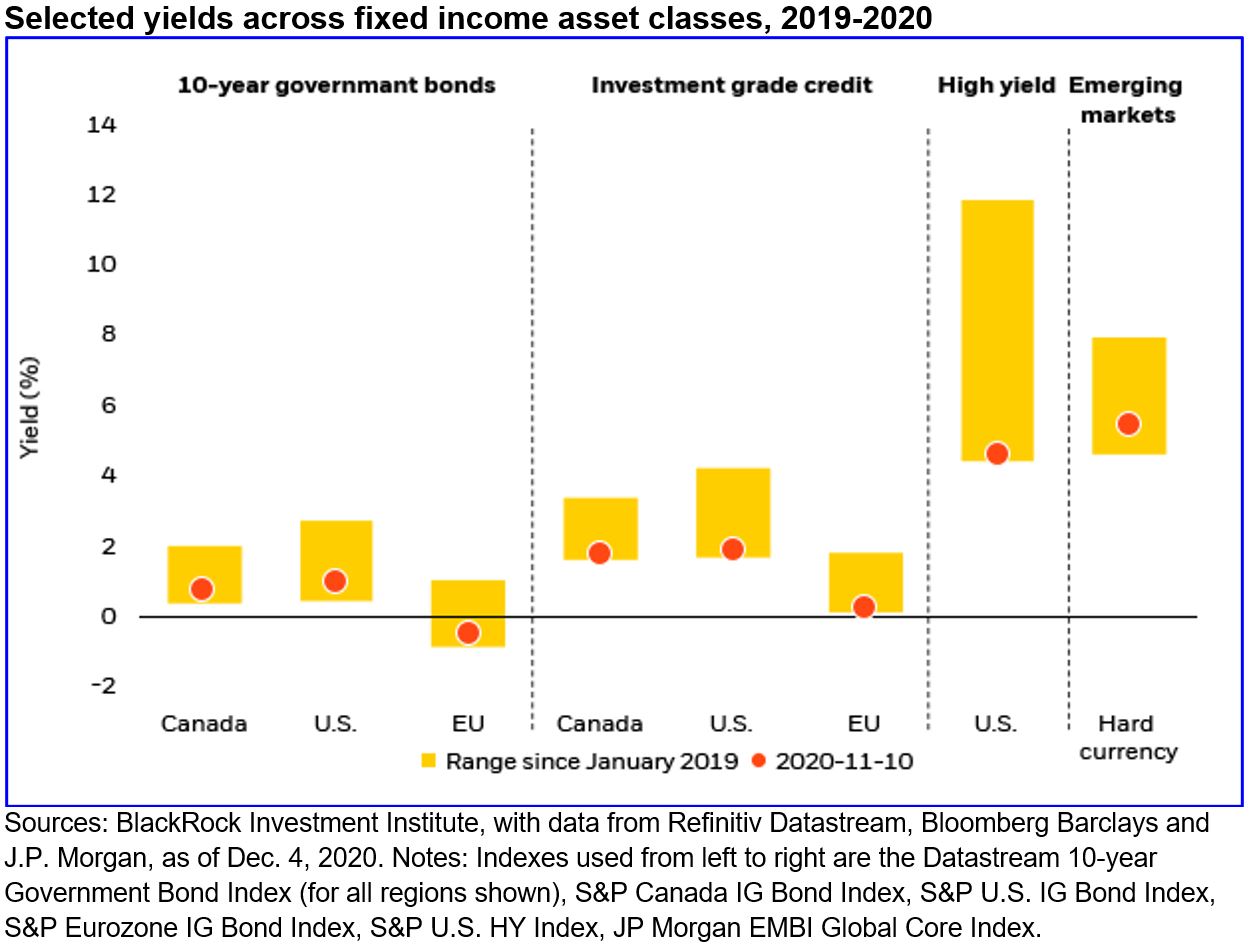 The pandemic also has accelerated geopolitical transformations such as a bipolar U.S.-China world order and altered the global economy’s cross-border circuitry, shifting the focus away from generating production efficiencies to the need for greater resilience and security across a range of supply chains and activities. It’s not deglobalization, but rather globalization rewired. This is why we believe investors need exposure to both poles of global growth, and favour China-exposed assets.

How would Canada fare in this new world? A more predictable foreign policy and trade agenda under U.S. President-elect Biden is set to reduce uncertainty for Canadian export industries that had faced repeated threats of tariffs and a dismantling of the North American Free Trade Agreement (NAFTA) during the Trump administration. Moreover, the Biden administration will likely prioritize strong environmental, human rights, and labor standards in trade negotiations, consistent with similar goals set out by the Trudeau government during the NAFTA renegotiation. We think this is beneficial for Canadian business investment and removes the risk of Canada having to impose retaliatory tariffs, which were ultimately a tax on Canada’s potential growth.

Lastly, we believe the usual business cycle playbook doesn’t apply to the pandemic: the same way the activity “stoppage” was different from a “recession,” the “restart” is different from a “recovery.” This is not a broad-based cyclical recovery story. This is playing out at the sector level: an uneven rebound across sectors combined with turbocharged transformations related to sustainability and technological adoption that were already very much in motion.

Canada’s economy and financial markets have been at the centre of this transition for years. During the past five years, the information technology sector has grown to 11% of the MSCI Canada equity index from just under 3% in 2015, whereas the energy sector has shrunk to under 13% of the index from 20%. Accelerated demand for software and e-commerce are at the heart of the flourishing Canadian tech sector, whereas energy companies are facing divestments and limited production growth amid oversupplied conditions and a transition to low-carbon energy sources.

This transition offers a hopeful sign for improving return on equity in Canadian stocks, but the stock market is still heavily exposed to sectors facing structural headwinds, such as energy and financials (see chart below). We prefer the U.S. equity market for its greater exposure to secular growth sectors, like tech and healthcare, and with a specific focus on the quality and low-size style factors. 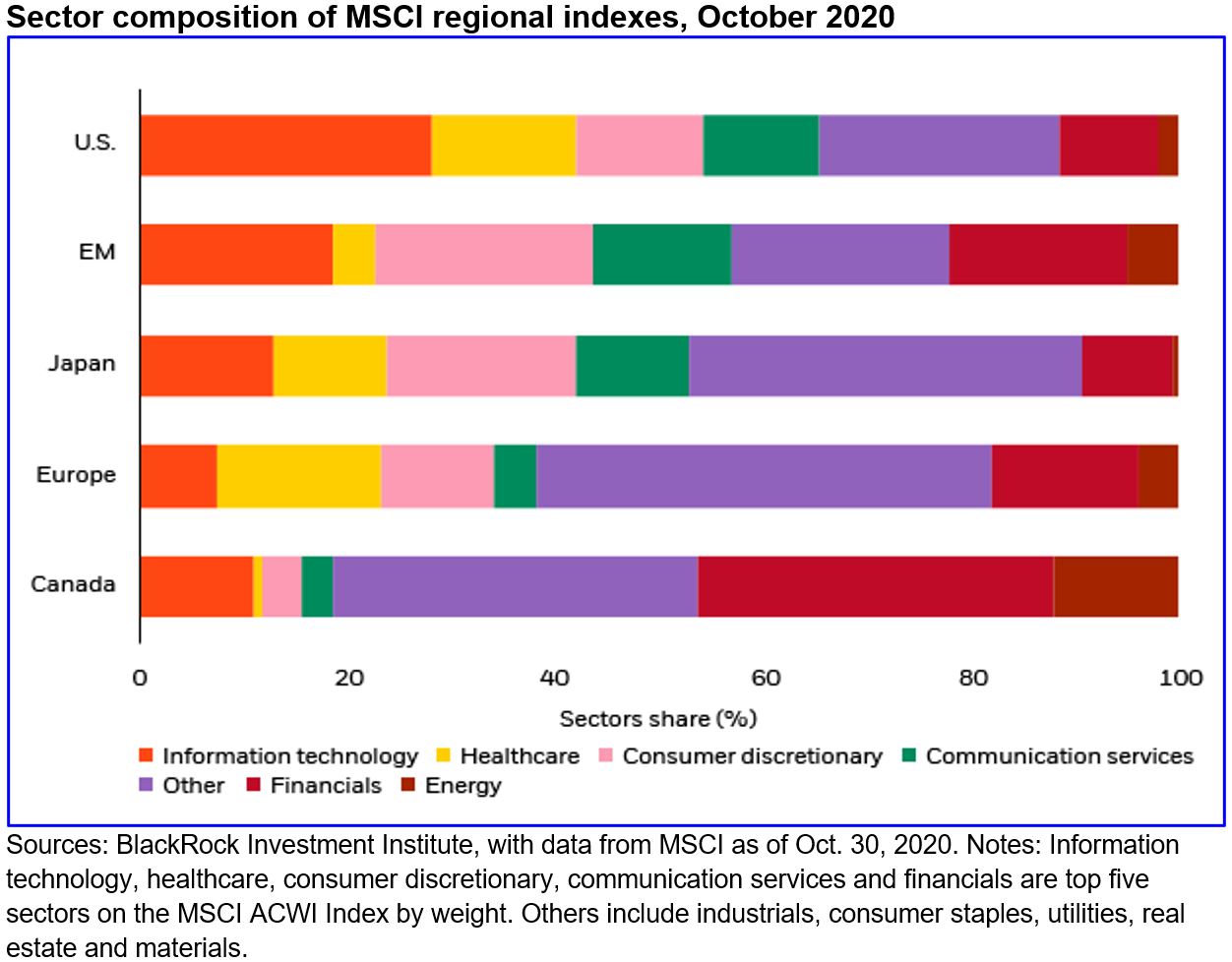 © 2020 BlackRock Asset Management Canada Limited. All rights reserved. iSHARES and BLACKROCK are registered trademarks of BlackRock, Inc., or its subsidiaries in the United States and elsewhere. Used with permission.