The threat of coronavirus comeback 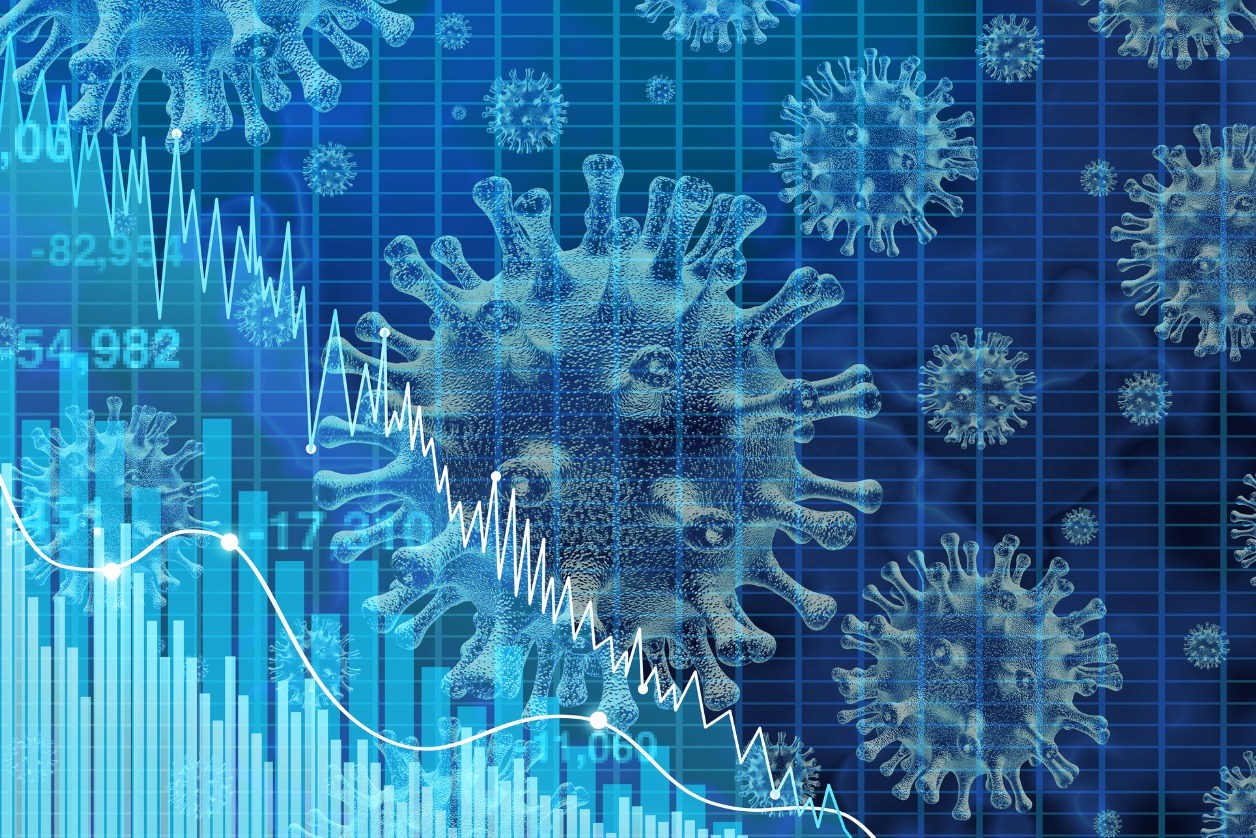 I wrote recently about some burgeoning “green shoots” that offered early, encouraging signs of economic recovery around the world. I’m pleased to see that more green shoots are sprouting – we continue to receive positive economic news as developed world economies progress in their re-openings. However, I’m also keeping an eye on some negative signs that could cause disruption.

We learned recently that in the U.S., May retail sales rose a whopping 17.7% from the previous month.1 This was the biggest increase on record and far exceeded expectations – a very substantial rebound after an abysmal April. U.S. industrial production also improved in May, although it rose less than expected.

China’s industrial production for May rose 4.4% year-over-year, which was less than expected but an improvement over April.2 China’s retail sales declined 2.8% year-over-year after a 7.5% drop in April. 2 Fixed asset investment fell 6.3% for the first five months of the year, which was an improvement over the bigger drop from January through April. 2

Other good news came from the talks between the U.S. and China that were held in Hawaii. China reaffirmed its commitment to step up its purchases of agriculture from the U.S., as first agreed to in January’s “Phase 1” trade deal. It seems that despite increasingly antagonistic rhetoric from the U.S., hostilities are unlikely to escalate – at least for the moment. I do remain concerned that an escalation in tensions between the U.S. and China – including a reignition of the tariff wars – is a distinct possibility as we near the November election in the U.S., although that’s not my base case.

We also learned that the Trump administration is proposing a major infrastructure plan, which is extremely welcome news. Infrastructure spending has a high multiplier effect; what’s more, the United States is desperately in need of a major investment in infrastructure. However, it’s unlikely to have a material impact on the economy this year.

The concept of “shovel ready” projects is a myth – infrastructure takes time. The plan also needs to be structured properly – we have to look to models of success from America’s history, such as the Work Projects Administration, in order to have the greatest impact for every dollar spent. However, this is very needed, in my view – and should be a positive for the U.S. economy over the longer term.

We even got good news on the medical front – about an inexpensive steroid therapy called dexamethasone. The U.K. is using the drug to treat COVID-19 patients, and it has improved outcomes among seriously ill patients. It was reported that a preliminary study in the U.K. found that the steroid, which is already widely prescribed to help reduce inflammation for those with allergies, reduces the risk of dying from COVID-19 by one-third for patients on ventilators, and by one-fifth for those receiving oxygen.3 This news is very promising, especially given that dexamethasone is widely available.

However, the news has not been all good. Europe, the U.S. and the U.K. are all in the process of reopening their respective economies, but the latter two are doing this despite still experiencing robust infection rates. In fact, the U.S. has recently experienced highest number of new daily coronavirus cases since May 1.4 I expect the re-openings to certainly contribute to improved economic data, but also to increase the chances that the U.S. and U.K. will not be able to control the spread of the virus, especially given that many Americans have been very lax in employing simple but effective measures such as wearing face masks.

The overall infection rate in the U.S. has risen modestly, but that belies a significant rise in infection rates in a number of U.S. states – including Arizona and Florida. In other states that maintained lockdowns for longer, the infection rates have fallen. It is going to be a lot harder to get back to normal if the U.S. can’t even control the first wave of the novel coronavirus.

And China, which had been very successful tamping down the virus, has now experienced a resurgence of COVID-19 in Beijing. The good news is that, given a strong contact tracing infrastructure and a quick reaction, there have only been 137 confirmed cases as of June 17.5 But it has caused this major city to lock down neighborhoods, cancel flights, and close schools.

It’s also clear that the U.S. Congress will not consider more fiscal stimulus until after the July 4 holiday recess. Additional fiscal stimulus is critically important, as Federal Reserve (Fed) Chair Jay Powell reiterated in his testimony before Congress in June. For example, the U.S. has lost over 1 million government jobs in the last two months6 – without state and local government funding, that number could increase significantly. Similarly, I believe we need to see ongoing payments to households because of the financial fragility of a large cohort of Americans. And I’d like to see funding for contact tracing.

There was also some geopolitical risk in June, as tensions rose between North Korea and South Korea. North Korea blew up an inter-Korea liaison building built by South Korea near the border of North Korea as a vehicle to help improve relations between the two countries. The action was in retaliation for some anti-North Korea leaflets that were dropped in North Korea. Kim Jong Un’s sister was behind the decision to bomb the building, suggesting she is taking on a bigger role in government affairs – and raising questions about her brother’s whereabouts.

It seems that North Korea is very frustrated with a lack of progress in its negotiations with the U.S. and is probably under increased economic pressure given the pandemic. North Korea seems interested in provoking the U.S. into re-entering negotiations, although that doesn’t seem to be at the top of the U.S. priority list. What we do know is that North Korean troops have been moved back to the demilitarized zone, in contravention of a 2018 demilitarization accord between the two countries.

I expect more of the same: economic data indicating signs of improvement, but infection rates that are worse than we would like to see. The ISM Manufacturing Purchasing Managers’ Index (PMI) reading for June came in better than forecast at 52.6. In Europe, PMIs showed significant improvement, as the composite PMI reading for June was 48.5, well higher than May’s composite reading of 31.9.

However, we will also likely be getting a continued rise in infection rates in certain states in the U.S., which is going to exert downward pressure on stocks. Improving economic data and rising infections is not an ideal scenario, and I am not sure it’s sustainable for very long. But in the short term, this scenario suggests significant volatility for stocks – although I believe the bias remains upward given the massive stimulus that the Fed and other central banks have provided.

Purchasing Managers Indexes are based on monthly surveys of companies worldwide, and gauge business conditions within the manufacturing and services sectors.

The opinions referenced above are those of the author as of June 22, 2020. These comments should not be construed as recommendations, but as an illustration of broader themes. Forward-looking statements are not guarantees of future results. They involve risks, uncertainties and assumptions; there can be no assurance that actual results will not differ materially from expectations.